Potentially Problematic Plants in the Wissahickon 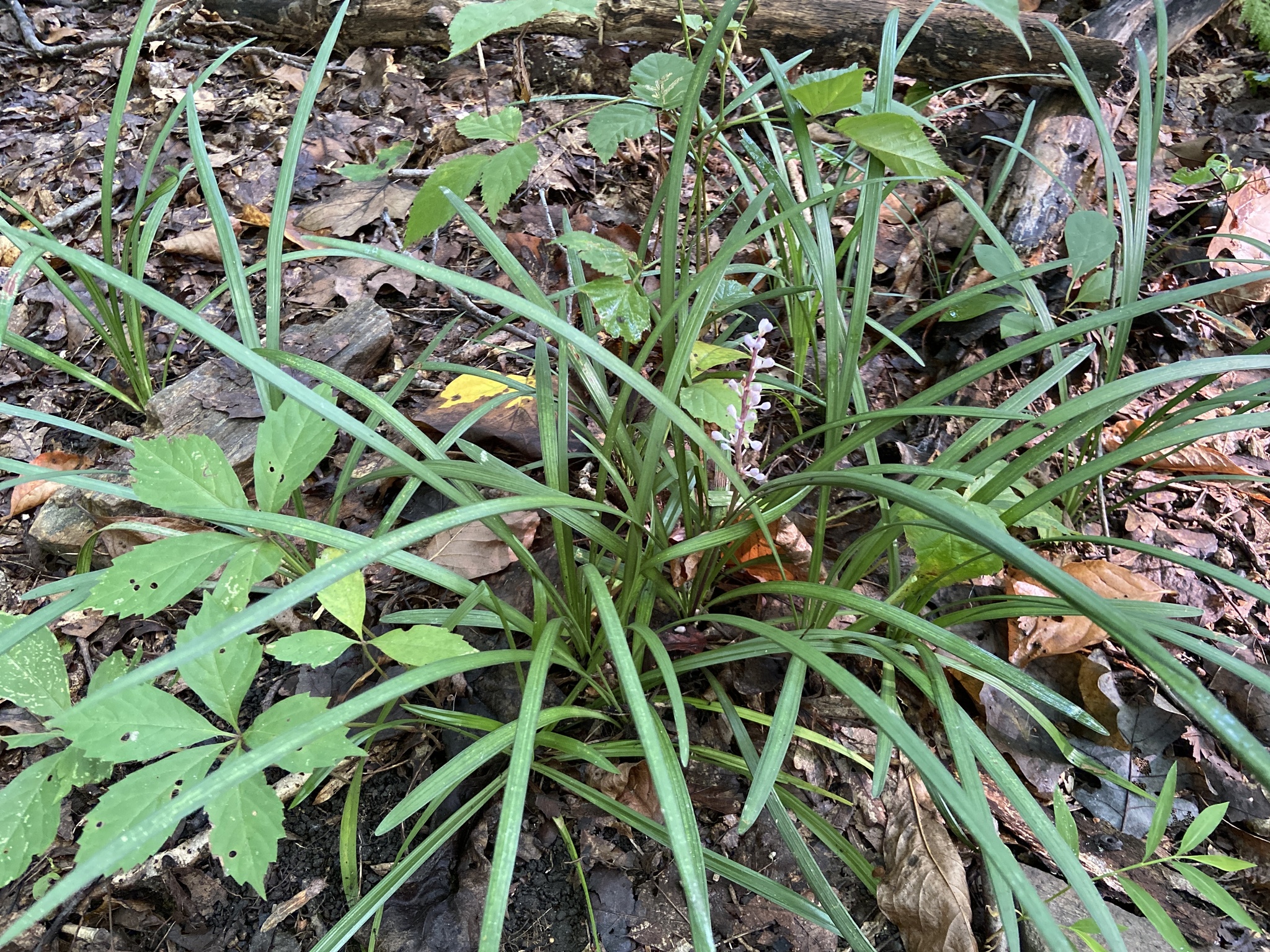 Above: Liriope (lilyturf) is an example of a recently introduced or “invasive” plant species appearing throughout the Wissahickon.

WRV has launched a project aimed at tracking new problematic plants of the Wissahickon, by which we mean newly introduced non-native plants.

There are several well known so-called invasive plants throughout the Wissahickon – plants like Japanese knotweed, phragmites and multiflora rose – all of which were introduced in the 19th century, and all of which reproduce rapidly and displace native plants, leading to diminished biodiversity and a less healthy ecosystem. Trying to limit the spread of these plants as well as many others has been part of WRV’s mission since its inception. (See the Resources page for information on invasive plants of our area).

The purpose of the current project is to get a handle on non-natives that seem to have sprung up only recently, and to determine whether or not these species might establish themselves at the risk of native plant populations. This will help us decide which if any of these newly introduced non-natives may warrant classification as “invasive,” and if so, whether they should be considered for active management/removal procedures.

To aid in identifying and tracking observations of these “problematic plants” in the Wissahickon, WRV has teamed up with one of the top field botanists in the Delaware Valley:  Janet Novak, who is the Field Trip Coordinator and past president of the Philadelphia Botanical Club.

Leatherleaf mahonia (Mahonia bealei or Berberis bealei) is a large, spiny, evergreen shrub. It looks just a bit like a holly, but with bigger leaves and dull blue berries instead of red ones. Leatherleaf mahonia is grown in a number of Philadelphia gardens, and it’s starting to escape into the Wissahickon. It has the potential to be problematic: a single plant can form a dense thicket that shades out all other plants. For this reason, WRV is aiming to remove the existing stands in the park. Right now, the numbers in the park are small enough that we expect a few work sessions will make a real dent in the population. By acting now, we can prevent leatherleaf mahonia from becoming a major threat to native plants in the Wissahickon. 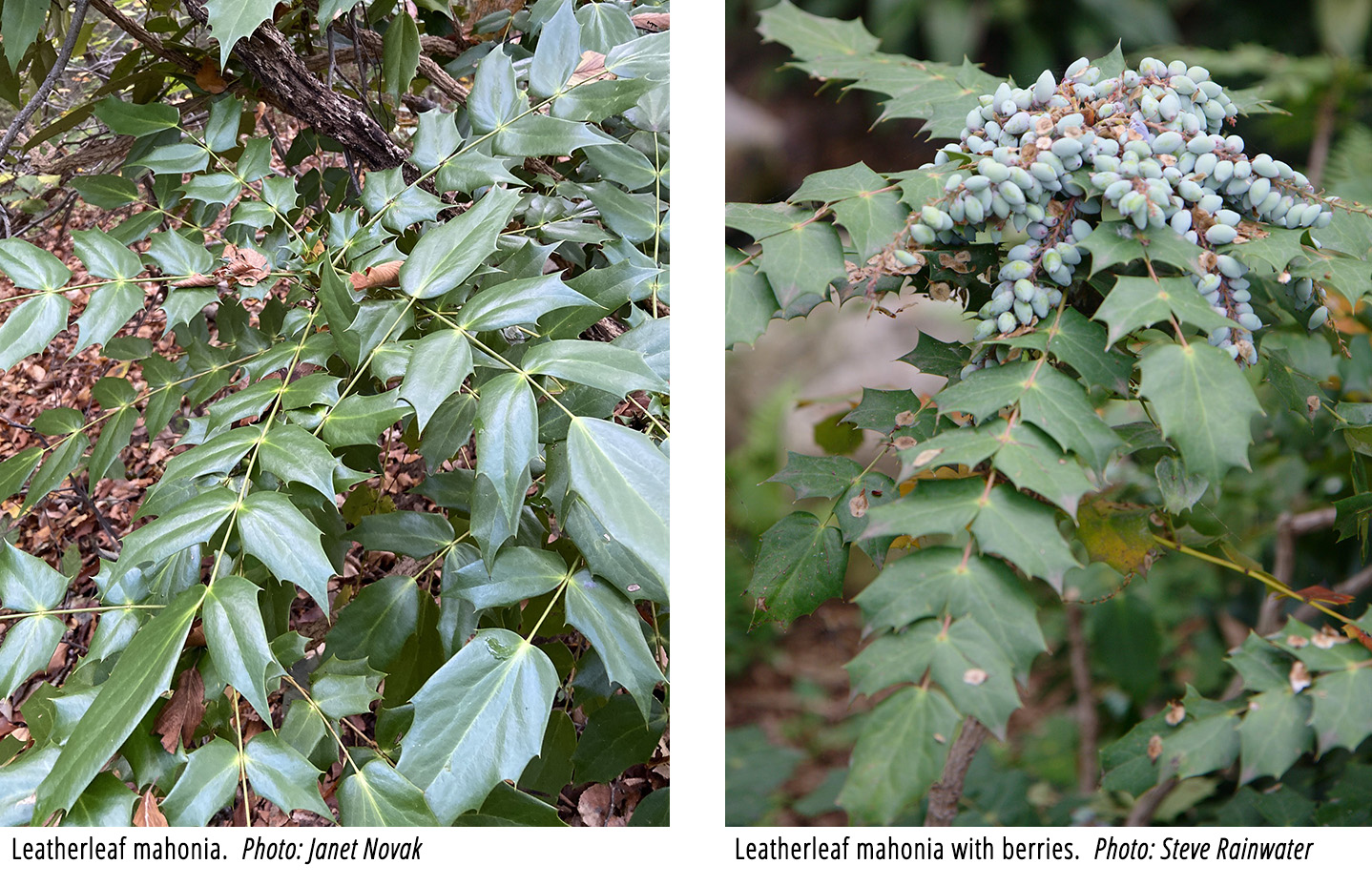 Also known as lilyturf or monkey grass, liriope is neither a grass nor a lily but rather part of the Asparagaceae family, whose best known member is garden asparagus. Liriope is used in landscaping as a ground cover or border plant, but it can grow aggressively and take over natural areas. And it has started appearing in the Wissahickon. Watch the video below to learn how to identify liriope in the Wissahickon.

Once you have spotted something you believe is liriope (and it is okay if you are not sure), you can submit your observation to the project using the iNaturalist app. For those new to iNaturalist, you can learn how to get started and view tutorials on their website.

Once you have iNaturalist on your phone, you can join our project and submit your observations. PRO TIP: take several photos of the plant you are submitting, with close, medium and wide views for context. 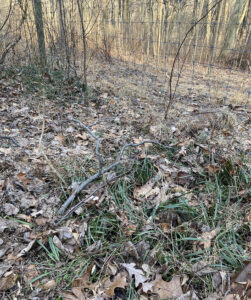 A wide shot of the plant including it’s surrounding environment and any landmarks (in this case, the fence) is a good way to show its location and make it that much easier to find again.

This gives a sense of the size of the plant, the amount of growth, and other distinguishing characteristics. 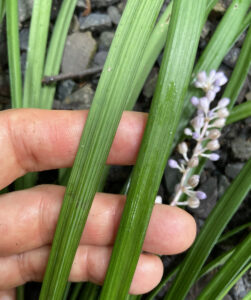 This will show detail. It is useful to include something to show scale (fingers for example). Sometimes several close-ups are warranted, as when showing different aspects of a plant, such as leaf detail, flowers, etc.

Below is a glimpse of the latest observations which will give you a feel for other new “invasives” we are tracking. Join in the fun!  And as always, feel free to contact us with any questions!

Thank you for reading! Please consider supporting our work. Your donation will help keep the Wissahickon green and diverse, and all donations are Tax deductible.