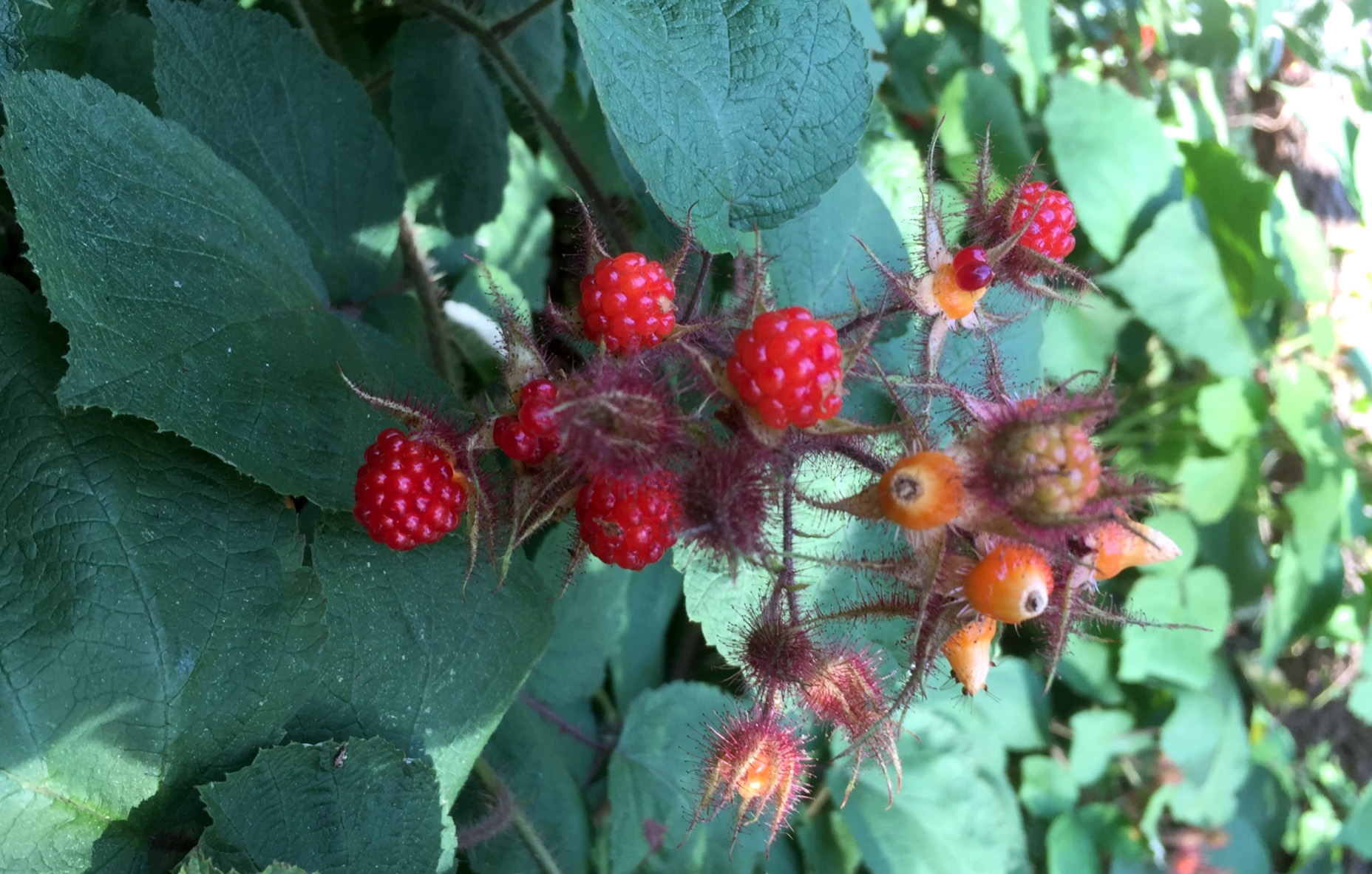 If you have worked with WRV before –or taken a walk in Mt. Airy– you may have seen, cut or picked, the spikey, sticky, green and red glory called the wineberry (Rubus phoenicolasius).

Wineberries are native to East Asia and were brought to the U.S. in the 1890’s intentionally, to cross cultivate with red raspberries. They have since “escaped from cultivation” (quoth Wikipedia) and are now prolific in the North Eastern U.S. and Europe. They proliferate rapidly, both via tiprooting and by the dispersion of their fruits1.

Now yes, wineberries are considered an invasive to North America and many organizations which work at forest stewardship tend to remove these colonising cultivars and rightly so, for due to their lack of predators in this environment wineberries outcompete other native plant species and generate areas of monocrop which are detrimental to forest ecosystems. However, I have a case to make for a more mutually beneficial form of wineberry abatement!

My mother and I have been harvesting wineberries from the Wissahickon for as long as I can remember, a harvest which both feeds our family and keeps at least those berries from spreading their seeds. Mum speaks often of being a child and filling her pockets with blackberries till pants were stained purple, and though a native blackberry is a rarer spot than sweet, prolific vinbar, the nostalgia holds true, and now we share the memories made harvesting wineberries every summer in the Wiss. 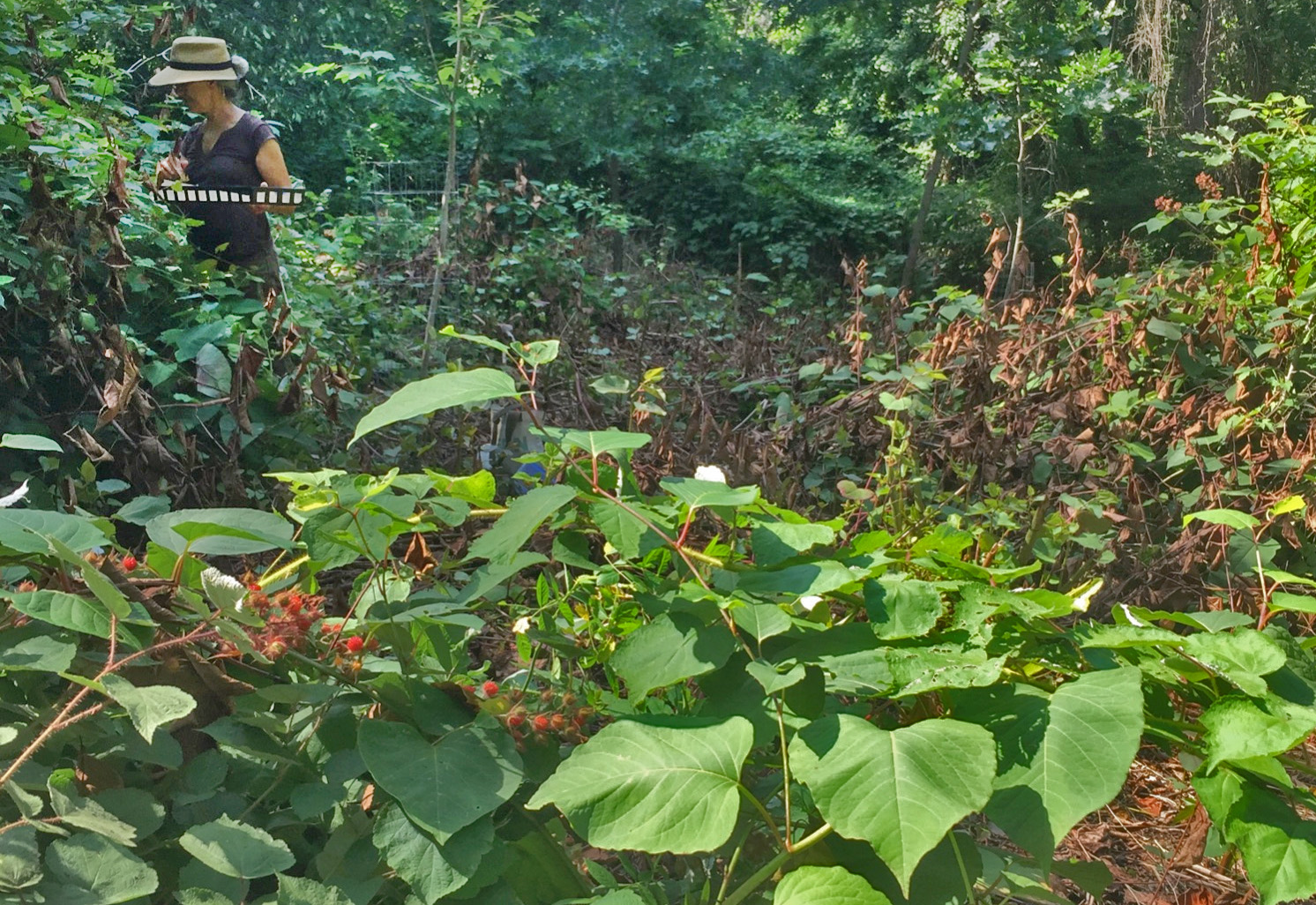 Above: my mother picking wineberries near Pachella field.

I have often heard it said that there is more nutrition in a plant the closer you eat it to the picking (some people even say magic), and though wineberries are invasive, that does not make them any less delicious, and full of that glimmering joy that comes from eating something you picked with your own hands.

More than the potential magical properties, picking something within walking distance from your home means you are cutting out the social and environmental cost of producing the clamshelled red raspberries that you could buy instead. Not only that but you are eating something that if left uneaten will merely propagate and decompose rather than being shuttled by the truckload into a landfill miles away from our sightlines. Along with that, picking or growing your own food eliminates the cloud of uncertainty around where the food is coming from, who is picking it, and how they are being treated. All of these things clear up when you are the one harvesting your food locally.

In a 2016 human rights dispute, Driscoll’s farm workers urged consumers to boycott the company and “grow their own berries”2. Well here are berries that will grow abundantly with no effort on your part, with the bonus that picking them is a method of tampering their steady colonization of the forest edge. 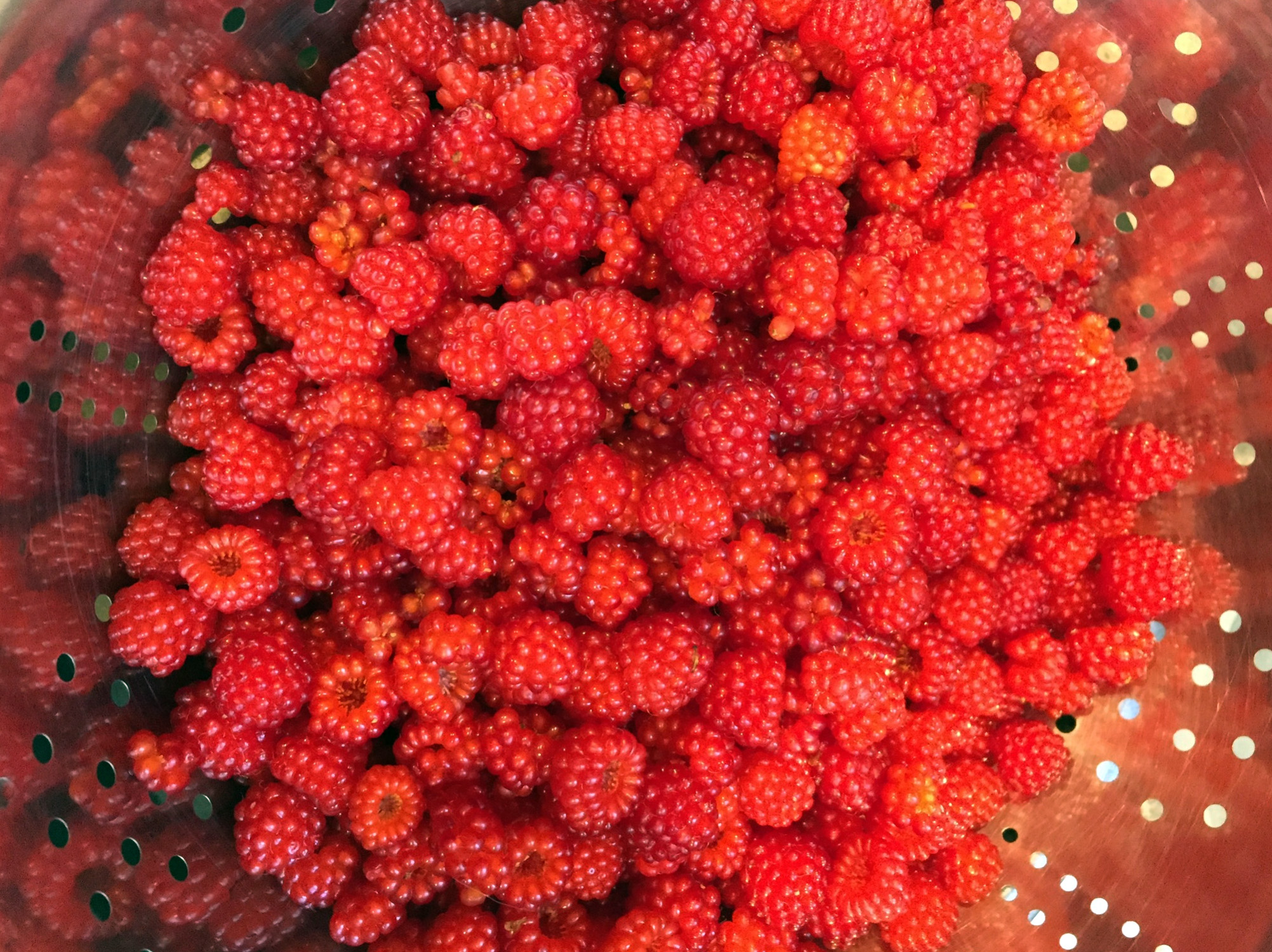 My family freezes about five gallons a year and it is usually enough to keep us in berries through the winter to the following season. We make pies, jam, cordial, put them in smoothies, and most recently, add them to pillsbury yellow cake mix along with fresh chopped basil and orange juice in my rendition of ‘funfetti.’

Regardless of your potential pent up animosity for a species that is slowly overtaking the Wissahickon, tis the wineberry season, and next time you see these red aggregate berries looking out from their prickly enclaves, pick a couple before cutting down the source. A flavorful bundle of mutual benefit. 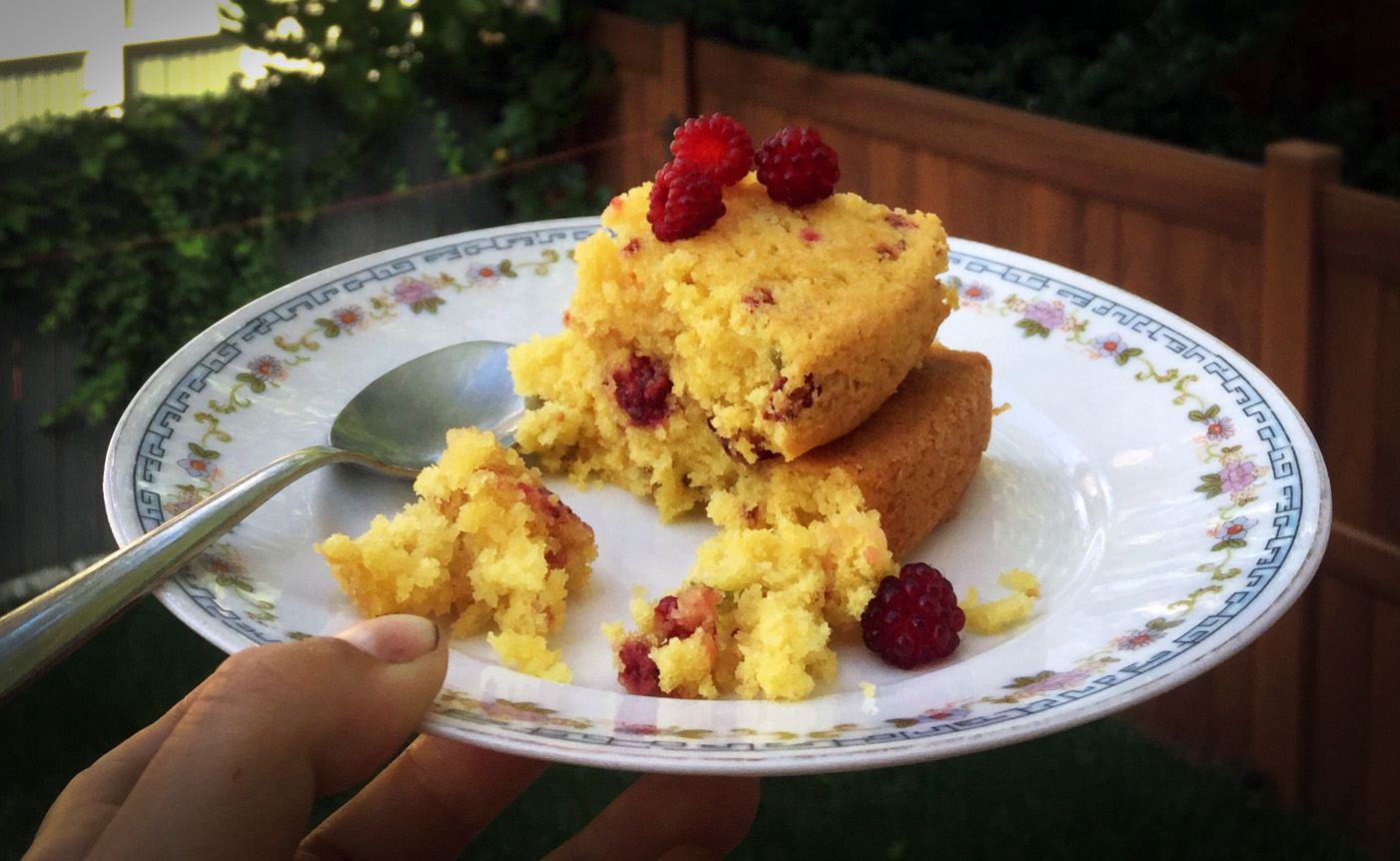