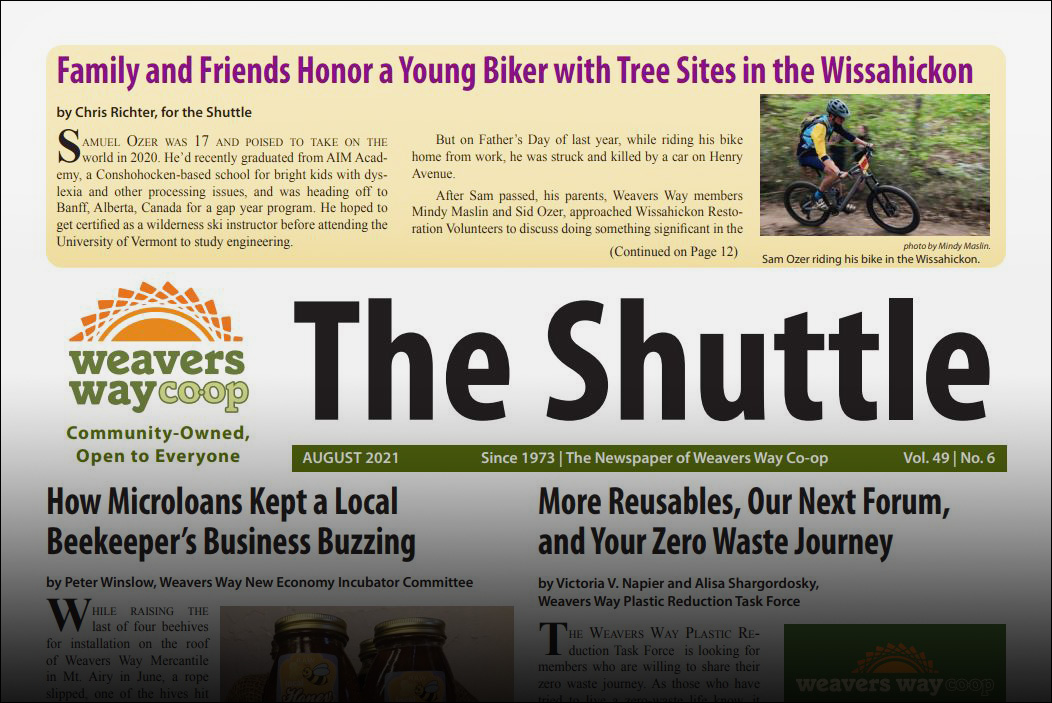 As published in The Weavers Way Shuttle – August 2021 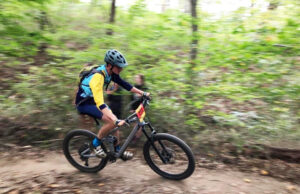 Samuel Ozer was 17 and poised to take on the world. He’d recently graduated from AIM Academy, a Conshohocken-based school for bright kids with dyslexia and other processing issues, and was heading off to Banff, Alberta, Canada for a gap year program. He hoped to get certified as a wilderness ski instructor before attending the University of Vermont to study engineering.

But on Father’s Day of last year, while riding his bike home from work, he was struck and killed by a car on Henry Avenue.

After Sam passed, his parents, Weavers Way members Mindy Maslin and Sid Ozer, approached Wissahickon Restoration Volunteers (WRV) to discuss doing something significant in the Wissahickon in Sam’s honor since he really enjoyed spending time there. As Mindy says, “Sam enjoyed going fast through the Wissahickon.”

“He really did appreciate the natural setting of the Wissahickon for the types of fun he enjoyed,” said WRV President Steve Jones. “So we wanted to honor Sam and bring some comfort to people by giving them a chance to come together and work on something he cared about.”

WRV came up with a plan to expand a site where Sid and Mindy walk almost every day, in an area that would be easily accessible to neighbors and friends as well.

“We wanted to pick a spot where loved ones could watch the site progress over time,” said Jones. “So we chose a site along the trail between Historic Rittenhousetown and Blue Bell, and started fundraising.”

The donations — including those from the Co-op and Weavers Way Environment Committee — were generous enough to allow WRV to purchase 50 native plants and trees for the site. A planting list was drawn up with input from Mindy, who is program manager and founder of the Pennsylvania Horticultural Society Tree Tenders program and knows trees.

Last fall, volunteers began to clear unwanted exotic plants from the site. Before long, in an area that had once been blanketed by a dense monoculture of invasive Japanese knotweed, a small forest – Sam’s Forest – began to grow. 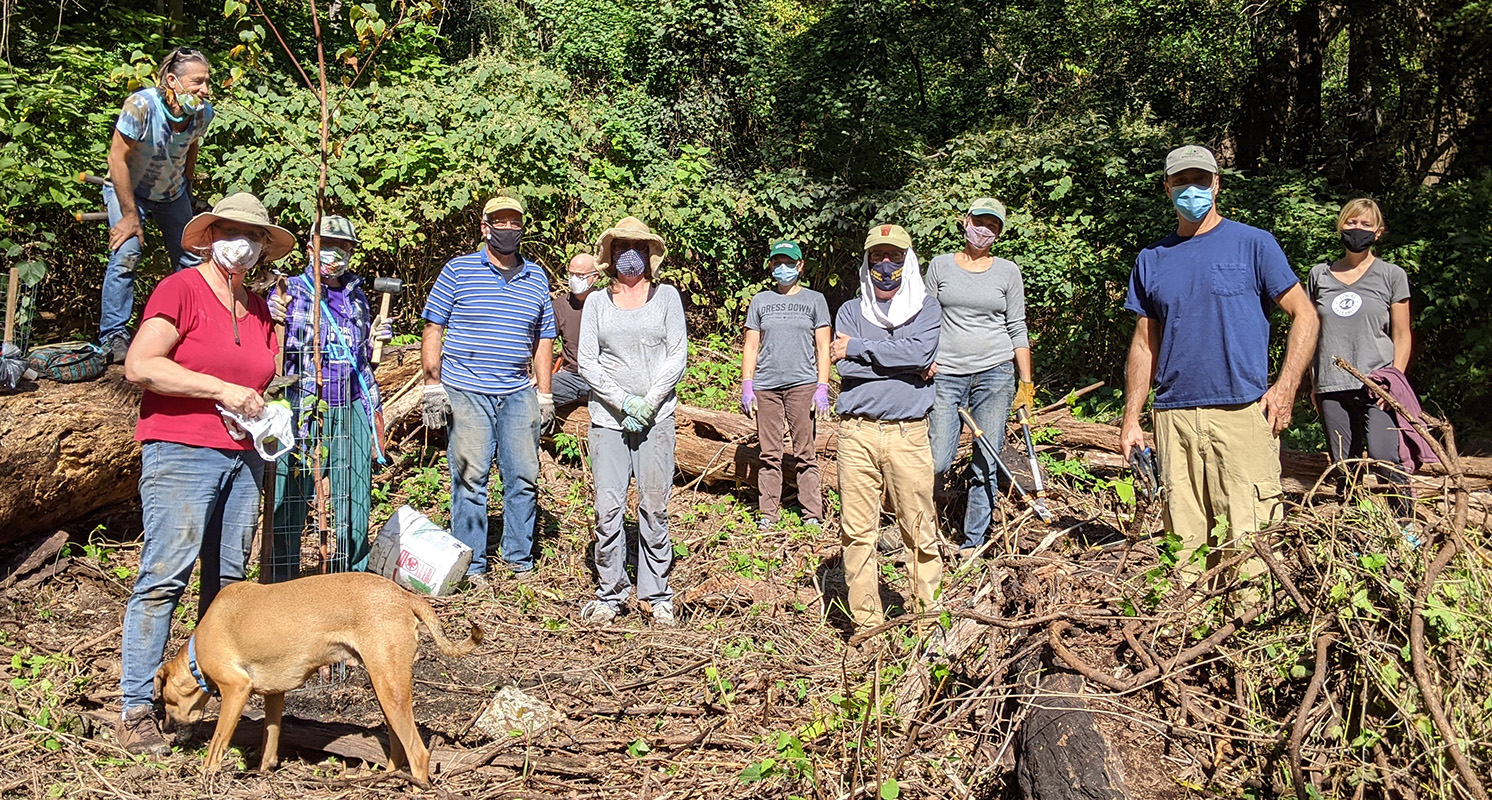 This Spring, as the one year anniversary of Sam’s passing approached, the decision was made to plant another grove in his memory.

“We felt like the first stage was really successful in terms not just of increasing biodiversity in the area but also of the interpersonal goals, having something positive for family and friends to do to celebrate Sam’s memory. So we wanted to do it again,” said Jones. “And people were so generous we were able to afford to.”

As before, the family suggested the location. It’s also an area where they walk a lot, and is just up the trail from the first planting, close to Blue Bell Park. The family wanted more of an evergreen look for this area, so a few white pines were included on the planting list. 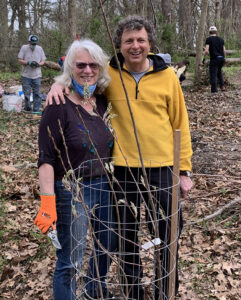 Mindy Maslin and Sid Ozer with one of many young trees planted in the Wissahickon in honor of their son, Sam Ozer. Photo courtesy WRV.

The project is ongoing. A third site may be added, or the first two sites may be expanded. Part of the donations received have gone into funding a forest stewardship program to encourage young people to get involved in restoration and urban ecology. As a result, four new WRV forest stewards will keep an eye on the planting sites, make sure deer guards are intact and keep invasive plants in check.

Samuel Ozer was strong, smart, levelheaded and adventurous. He loved his family, his friends, his world, and his life. He will be missed.

If you would like to help support Sam’s Forest, whether with a donation or through volunteer time, contact WRV at restorewissahickon.org/sam.